It’s late at night, my feet are bare on the cool terracotta kitchen tiles, as my husband and I chat happily about various things. Debussy fills the air, lending a gentle tone to the evening. Leek and potato soup simmers on the stovetop. I’ll freeze batches of it for my daughter’s school lunches later. I wash the evening’s dishes, and pop the vegetable and fruit scraps of the day outside to the compost heap. I take a moment to enjoy the birdsong and twilight breeze before heading back to the kitchen to join my husband. He is tending to some jobs, and the scene of domestic bliss is one that makes my heart sing. It might bore the pants off some people, but I don’t care. For me, moments like this are amongst my favourite. 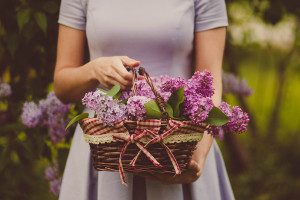 My daughters would laugh if they could have seen me in the late 1980s, what with my killer high-heel shoes (what was I thinking?) and padded jackets. Don’t even start me on the permed hair. Ouch! Feminism was my middle name. I was all about career plans, and the rights of women. Power to the girl, and all that. Hello, I read Cosmo and Cleo magazines. But even then, I think I had a hunch that feminism was about so much more than equal pay!

I learnt about feminism at my mother’s feet, even though she was a stay-at-home mum for all her parenting years rather than a career chick. She was strong, feisty, followed her heart, and wasn’t bound by anyone’s rules. From her, I learnt that women could do anything. From my father, I learnt that it was important to believe in yourself. Pretty good grounding for life, really. 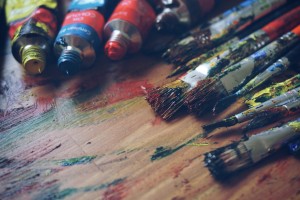 Maybe, though, feminism was about learning to find my voice, too. Perhaps it was standing on my own two feet and not being treated shabbily. I didn’t have the impact of Germaine Greer, but in my own small way I created change that to this day has gone on to help others. In my early twenties, I was sacked from my job as a phlebotomist (the person who takes your blood [and gentlemen, your semen!]) in my local hospital. Why? What had I done wrong? My crime was daring to put in a formal complaint against my boss for sexually harassing me. He thought it was his God-given right to grope me and make lewd comments from 9 to 5. The general manager was sympathetic, but in the end said his hands were tied. It was easier to hire a new lab assistant than to hire a new scientist. Can you feel your inner feminist rising? Mine sure as hell did! As it turns out, at the time, for some odd reason, Queensland hospitals seemed to be exempt from any laws against their staff being sexually harassed. That is no longer the case after my time with the Ombudsman. This was never about me getting revenge, but about speaking up for women and for the underdog. It was about saying ‘wait a minute, we’re important too!’ 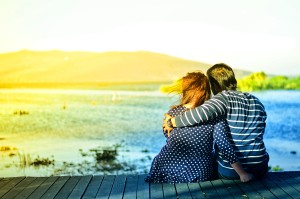 Several years later, when working as a media officer and author for the Royal New Zealand Society for the Protection of Animals, I became incensed by the many cruelties to animals in the name of ‘human food’. In particular, the fact that a battery hen spends her whole life in a space the size of a piece of A4 paper: denied her biological needs of sunshine, dust, and freedom of movement. My inner feminist began to boil. The way a culture treats animals is usually a fair indication of how it treats its women, too. My daughter Eliza thinks it’s pretty cool that I launched the Ban the Battery cage campaign. The highlight for me was when my boss, bless him, called me into his office because five ‘top’ men from the Egg Production Board were there. They wanted me to stop what I was doing. My campaign was hurting their lucrative industry. I was about 24 years old, standing in a room with men all aged 55 or older. It’s fair to say it was one of the more empowering moments of my life.

So, I stand here today, in my cosy cottage in rural Cumbria, a thousand years away from that young feisty girl, barefoot and content, but as much a feminist as ever. 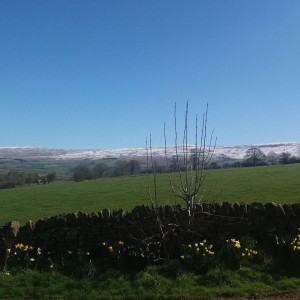 Feminism has meant that marriage for me is easy. I’m with a man wouldn’t dream of thinking I was anything ‘less than’. My husband is my greatest supporter. He’s the first person who’ll encourage me to sit and write an article or book before I do the vacuuming. You’re more likely to find my husband washing the dishes than me, and I am just as happy to put the rubbish and recycling on the kerb. I mow the lawn (though, in fairness, he has to start the thing for me), and he repairs clothes with his little sewing kit. My daughters find this endlessly amusing.

There are some feminists who’d see the scenes of my domestic harmony the antithesis of their rally cry, and yet…this is exactly what it’s all about. Equality is about looking into the mirror of a relationship and knowing the scales are fairly balanced. Surely the heart of feminism is harmony, whether it’s at work or home?

I enjoy cooking, and it’s fair to say that most of the meals in this house are generated by me. If, though, I was with someone who demanded a meal on the table at 6pm each night… Never mind, scrub that thought, I’d never have ended up with someone like that! 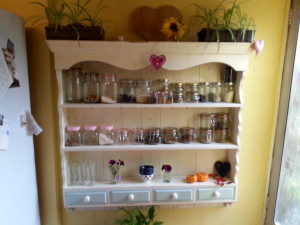 Feminism, to me, is freedom. It’s not a fight. It really shouldn’t even be a cause. It’s had to be, of course, because, like battery hens, women have been treated shoddily for a good chunk of history.

Not all men are like that, of course. In my life, I’m blessed to know men who are thoughtful, kind, considerate, generous and fair. I guess it’s indicative of the journey I’ve been on in life, but every time I meet a man like this, I do a silent cheer.

What have I learnt after decades as a feminist? Feminism isn’t about what’s out there. It’s not even about changing the world. Sorry! Feminism isn’t actually about men and women, or worse: men v. women. It’s about loving yourself. To be a feminist means valuing yourself enough that you won’t tolerate any situation that doesn’t match your ideals and values, whether that’s in the way an animal is treated, or an employee, or how our planet is raped and pillaged. A true feminist is a woman who values herself enough to make lifestyle choices which honour who she really is, and what she loves to do: whether that’s having a career, or being a stay-at-home mum (or in my case, both); or being a humanitarian or anything else that makes her heart sing. 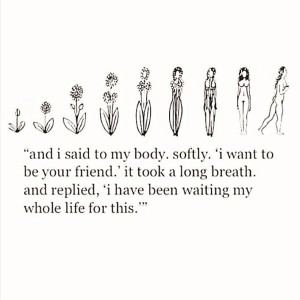 So, to the young women coming along who think feminism is a fight. Stop. Put your weapons down. Instead, slip your shoes off and go for a walk on the grass. Look up the stars. Feel the rain on your skin. Recognise your place in this Universe. Love yourself unconditionally. Don’t buy into the cultural hype about what womanhood means. Be kind to yourself, and be gentle. Define your own values. Live a heart-centred life. After all, isn’t that what the feminine energy is all about? Listen to your heart. It has the answers. Inspire yourself, and you’ll inspire others, whether you’re at the kitchen sink or landing a multi-million pound deal. Being a feminist means being free to write your own script! 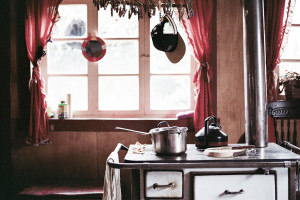 From one of my gorgeous couples whose ceremony was