Seductress of the Night? Or Priestess of the Dawn?

Pick up just about any astrology book or magazine article which includes a section on Venus in the 12th house, and you’re almost certain to read that she is destined to engage in clandestine affairs. This is, after all, known as the house of secrets. 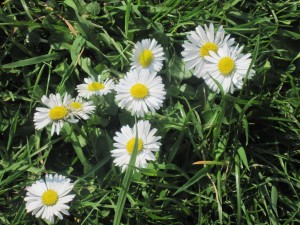 Astrologers, old and new, will tell you that she’s the mistress of the night. She’ll steal your husband. And see that woman over there? She’ll poach hers, too. But don’t worry, it’s just for a little while. Just long enough to scratch an itch or feed an unidentifiable longing. Don’t fret, you can have your man back when she’s done.

Many astrologers will warn you that when Venus resides here, she is subject to doom and gloom, and her love life will be sorrowful. But let’s be honest: it’s a rare person who hasn’t experienced heartbreak at some point, generally starting in the teenage years. If that weren’t true, I doubt we’d have a music industry.

Another common misconception of the twelfth house is the idea that it’s a blind spot in the chart, and that we don’t have any sense of our experience of the planets there. This may apply to some people, but not all of them. Everyone is at a different level of evolution and consciousness, and astrologers are best not to rehash stories but to let clients speak for themselves. Our potential for happiness is up to us, not our birth chart, nor an astrologer’s interpretation of it. We are here to outgrow the natal template. It seems to me that those who suggest the twelfth house is a psychological prison—some dark, karmic place where we have no free will—perhaps don’t have any valid real-life experience of the magic and charm of this terrain. 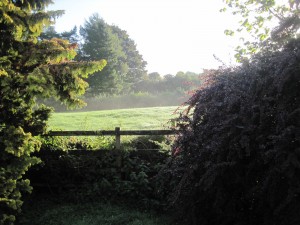 As with any astrological teaching, themes and stories continue to be perpetuated if we don’t listen to other experiences. The fault may indeed be with astrologers themselves, rather than the people seeking an astrological reading. The art of listening to our clients tell their stories, rather than assuming to know their level of consciousness or how they live out the template of their chart, is key to authentic astrology. As modern astrologers, we are the torchbearers for a more enlightened version of stellar stories. 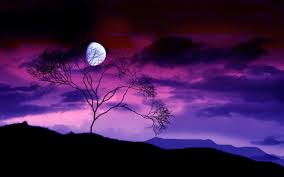 As a 12th house Venus denizen, and one with Scorpio for added secrecy and sexuality, I believe it is time to disrupt the script, and reveal the truth about Lady Venus and her so-called hidden pleasures.

I have been happily married to my soulmate for more than two decades, and not once been engaged in an affair, physical or emotional. I have, however, been a keeper of sexual secrets, both as a friend and as an astrologer, and am a sealed vault containing the knowledge of other people’s hidden relationships. Women readily tell me their secrets, confiding that they couldn’t share them with even their best friend. I can reveal that the dozens of women I know who’ve had, or are having, affairs have Venus living in their 4th, 5th or 7th houses, not the 12th. Not a single one.

The IC (fourth-house cusp) is the midnight hour. The ascendant is the light of dawn: sunrise. Venus in the 12th isn’t hidden away: she is walking in the mists of early day. Perhaps too many people are still in bed at that time to recognise she’s up and about communing with the elementals and fairy folk, or catching the whispers of other lifetimes she has walked. Could it be that Venus has long gone by the time the rest of the world is downing their coffee and reading the newspaper? That doesn’t make her hidden. She’s simply the early bird! How could you possibly understand her world when yours is so different?

The light of dawn: when night meets day. It’s an enlivening time when the birds are urging the world to wake up, drawing us from slumber. If you’re not Venus, barefoot on the grass at dawn, you may not ‘wake up’ till the jarring shrill of your alarm clock. Lady Venus steps, like an oracle from ancient times, forward through the shrouded fields, content in her own company. Of course she’s alone, sleepy heads. She is at one with Mother Earth. Her soul listens to the sounds no one else can hear. Voices from another world sing in her ears. Even with both eyes closed, she can see.

To suggest that this placement is about illicit affairs is to degrade her purpose in the house of spirituality. Her sexual trysts are with a lover to whom she has bonded across all eternity. Nothing else would suffice.

Venus in the fourth, near the midnight hour, may well seek solace in the arms of someone else’s lover. 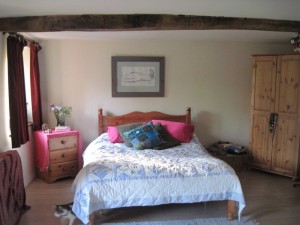 In the fifth, Venus wants to play. The house of risk taking and gambling urges her to slide down upon his forbidden silk sheets, or to linger longer in that motel room on the edge of town. Venus here wants to laugh some more into the afternoon at that little-known café down the dark alley, as you slide your foot against her leg beneath the table.

Venus in the seventh is respectably married. Of course she wouldn’t have an affair! The ring on her finger is proof. Or is it? This may be the last place you’d look for her to play out secret love affairs, but remember: it’s far away from her sense of self (first house). Who would think to go looking for ‘naughty’ Venus here? In my astrological experience, this is one of the most common placements for an ‘unfaithful’ Venus.

Looking to my natal Venus, one that’s not living up to other astrologers’ expectations, I ponder: how does Venus in the 12th best express herself? For me, she’s a lover of solitude. The deeper in Nature she walks, the better. The more solitary her journey, the more alive and feminine she feels. She is sultry, sensual, and sexual, for sure! She makes love between the Earth and the heavens, in a world that may be mysterious to strangers, but not to her. Venus is intimate with her surroundings. She seeks to master the energies of her pentacle: earth grows, fire glows, air blows, water flows. Spirit KNOWS. This is her message. If you were awake at sunrise, you’d know this too. You sense something mysterious about her, but don’t know what. And this is where those pesky rumours about her start: from people who don’t understand the dawn.

Venus here aspires to usher us to a new age, a golden dawn. But how can she if everyone keeps putting a pillow over their heads and hitting the ‘snooze’ button?

Venus in the 12th is not of this world. She’s been here so many times, exploring the themes common to mundane living. Her soul has bouts of divine homesickness. There’s no need for ambition here in the twelfth. It’s not relevant to the journey she’s on. After all, she has everything she could possibly need. Sorrow? A conscious Venus experiences sustenance here.

Venus is our ability to give and receive love. This may or may not include sex. To assign extramarital or secret affairs to a Venus who resides in the 12th house is to not understand her at all. Maybe those who make that prediction are projecting their unspoken impulses?

This Venus seeks to make love with the Divine. What mere mortal man could sate her appetite for universal love? Why would she fritter away her physical energies on a man when she could have so much more? For her, sexual expression is a way to touch the face of Goddess. To denigrate her to sordid affairs is to miss the point: the greatest lover she could hope for is not of this world. If that’s where her sorrow lies, then fair enough, but let’s not forecast the sorrow of ‘human’ heartbreak onto her.

Returning again to my Venus in Scorpio, I have, in the past, wondered if all the men who’d sexually abused me in childhood were hooked by her. Did I attract those men who wanted to do dirty deeds in secret? Instead, I see that Mars in the 3rd house of early childhood is a more likely culprit: I was learning about sexuality (Mars) from the time I started kindergarten, when a male teacher couldn’t keep his hands off my innocent three-year-old body. No, Venus in the 12th isn’t about sex. Pleasure, comfort, love, yes. Sex, not likely. Unless, of course, it’s of the tree-hugging, kundalini-awakening, tantric, soul-mate variety. 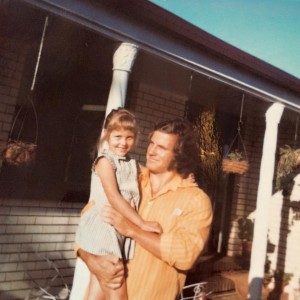 Me as a little girl with my uncle. You have to wonder, don’t you, what sort of man would think it was ok to sexually violate a child?

Venus in the 12th is a Goddess. She is a living embodiment of true spirituality: compassionate beyond measure. Her emotional quotient is high, here in the otherworldly home of Neptune. Venus in this landscape weeps at soul-stirring music, and cries at the exquisite feel of a newborn nuzzled against her cheek. Vibrational medicines which channel elemental devas are her ally. Art can leave her speechless.

She sees far into the future, our 12th house Venus, and, like a mermaid, brings lost treasures up from the ocean floor to share with others. Well, those who can be bothered to get out of bed at dawn! Her role is to guide us to the New Age, to taste the dew as the Sun greets morning, and to remind us that, as we go forth, we are so much more than we think we are. She delves, like the ancient priestess that she is, into her rich inner world, and speaks a language that crosses all cultures: love.

William Wordsworth painted the message of Venus in the 12th so eloquently for us when he wrote:

Our birth is but a sleep and a forgetting
The soul that rises with us, our life’s Star,
Hath had elsewhere its setting
And cometh from afar
Not in entire forgetfulness
And not in utter nakedness
But trailing clouds of glory do we come
From God, who is our home:
Heaven lies about us in our infancy!

Oh yes! Venus dances naked in the 12th, draping herself with clouds of glory. She hasn’t forgotten where her star is set.

Love makes the world go around, and Venus wants to show us that divine love will have us all living happily ever after. We just have to remember where we’ve come from. And if you are willing to wake up, the Priestess of the Dawn will guide you.

Veronika Sophia Robinson is an author, astrologer and celebrant living in rural Cumbria in the north of England. www.veronikarobinson.com

Happy anniversary to my brother Rene and his wife

I have a long, long day ahead of ceremony writing

Wishing my couple a life filled with adventure, la

There were LOTS of tears (and laughter) at Beth an

My couple, Beth and Luke, include the ancient Celt