It was 38C when we left sunny Australia on February 6th, 1999. Eliza had turned one the week before, and Bethany was a month shy of three. We landed here with ten pounds to our name, Paul’s ventriloquist doll (who, by the way, is still earning his keep!), and several suitcases. This was our life: all packed into a small space.

We arrived to minus 12C, and I cried. My daughters cried. It was so damn cold. It hurt! So, here we are, on the 16th anniversary of our move to England, and guess what? I’m still freezing.

Eliza said to me recently, as we were both shivering: tell me again how we came to live in England?

Er, I married an Englishman.

Damn, she said, I won’t make that mistake!

Astrologically, the day we arrived in England, the planet Pluto was bang on my ascendant. This is, without question, a life-changing transit to one’s identity. Life can never be the same again when you’re whacked by Pluto in this way. I can’t begin to count the ways in which I’ve been transformed over the past sixteen years. But change, I have.

It’s a bittersweet anniversary. I give thanks for the beautiful friendships which simply wouldn’t have happened had we stayed Down Under. I am so proud of all the years editing The Mother magazine. And I’m grateful to have spent the past sixteen living years living here in this tiny rural village in the heart of Cumbria.

I mourn the lack of hot sunshine and the openness and friendliness of my fellow countrymen. I hadn’t realised what I’d been missing till I went back home three years ago for my dad’s funeral. And the full force of its absence hit me in the face. Yes, that’s what I need: friendliness, laid-backness, she’ll be right, mate-ness.

But when I think of relocating to Australia, New Zealand or elsewhere with decent weather, I feel a heaviness about the friendships I’d leave behind. At some point, though, I believe I will head back. After sixteen years, the cold still makes me cry. But for now, this is where I live. I have a daughter in university, and another one leaving for uni next year. They may leave the family nest, but this mother bird feels a strong sense of maintaining a family home for some time in case they need to revisit the nest. 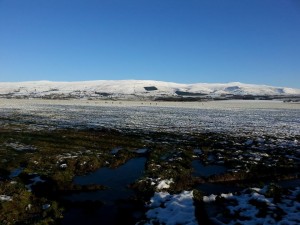 The fells outside our village, covered in snow.

Good advice and tips for celebrants in this articl

Article in this issue of The Celebrant magazine.

Lovely article in The Celebrant magazine by Lianne

The Middle Child Walk in Her Shoes
Scroll to top