Do you remember that power ballad by Bonnie Tyler called Holding Out For a Hero? She sings ‘where have all the good men gone?’ Those lyrics went through my head as I lay awake most of last night and the night before, tossing and turning like a volatile tornado ripping through buildings. 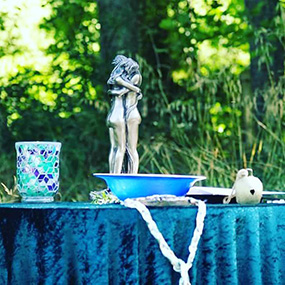 One of the many things I try to do as a celebrant is foster a sense of calm within myself so that no matter what is happening around me, I can create a space for others that encircles and helps them to feel like they’re in a safe space for the ceremony. Within my personal life, I augment this with plenty of solitude, walks in the woods, and quiet time/meditation. And yet, for the past few days I’ve felt nothing but turbulence rocketing through my underworld. Ghosts that I’d thought were long laid to rest came hurtling up, and I found myself raging (in an internal, ‘keep it to yourself like a good girl’ sort of way) in a manner that quite terrified me. The truth is that no matter how much we reach towards the light, personally and professionally, we each have within us a ‘darkness’. Denial of that is one of the greatest toxins we face. 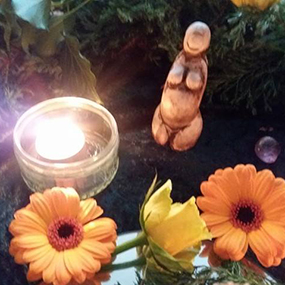 My deepest nurturing comes in the silence, and I’ve sure needed that these past few days. I remind myself that endarkenment, surely, is just as essential as enlightenment. Light and Dark. Day and Night. Yin and Yang. Black and White.

It was a lazy Sunday morning when I scrolled through my Facebook newsfeed to see my younger daughter’s blog:

(note: many acts/offences have been removed from when this blog post was first published, but what remains gives a clear picture of what she endured) 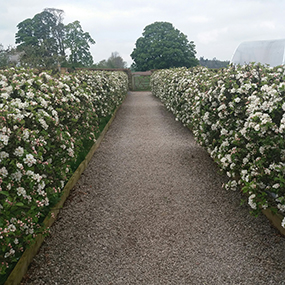 I read it slowly, the fear rising far more quickly than the speed with which my eyes travelled across the screen.

I wanted to scream.

I wanted to kill.

And while I was at it: all the men who’ve ever violated women since the dawn of Mankind (where did the ‘kind’ originate from?) People mutter about too many women getting on the #metoo bandwagon. They’re on there for a damn good reason! Let them have their voice. Shout it from the rooftops. We can’t change things if we don’t speak up. 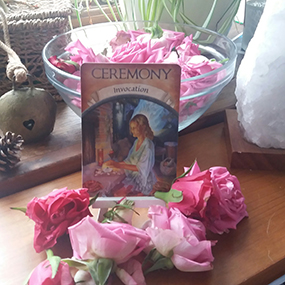 I was undone. All calmness and serenity vacated. Where was all this anger coming from? I shocked myself with the poison bubbling through my bloodstream. I thought I’d laid this shit to rest years ago. In fact, I remember the defining moment when Graham (a wonderful New Thought Minister and friend I worked with at the time ~ and the only man, up until then, that I’d ever trusted) said “Veronika, you’ve got to stop believing all men are bastards if you want to see something different show up in your life.”

It was like a massive laser light turned on.

He was right. It was so obvious. However, I’d spent about twenty five years of my life with that constant little mantra running through my head “all men are bastards”.

Why would I have such a thought? My dad mostly worked overseas so I rarely got to see him (and he never abused me), but there were men constantly in my life that, over and over again, did sexually violate me. The first incident (at least I presume it was the first) was when I came home from kindergarten (aged three) telling my mother of something a male staff member did to me. I have NO memory of this at all. What I do know is that my mother said that when she approached the kindergarten they unceremoniously sent her away saying ‘nothing like that would happen here’. I guess that was my first experience of ‘not being heard’. That what happened to me ‘didn’t matter’. 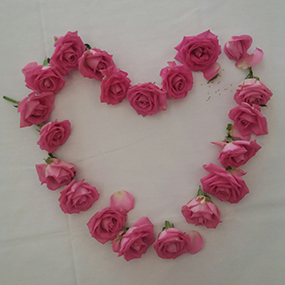 I had an experience a few weeks ago, just after I moved into a place on my own, when a well-known womaniser in our community sent me a message asking for ‘coffee and counselling’. Said man has a long-term partner. I recommended a counsellor, and suggested he get coffee at Costa, to which he replied “Yeah, but the staff at Costa don’t have breasts like yours!” I erased his toxicity from my phone, and blocked him from messaging me, but now I wonder if I should have screenshot the message to put on his Facebook timeline or sent it to his girlfriend. Might have cured him from doing it to anyone else! By keeping quiet, I simply perpetuate his need and greed to have ‘anything that moves’.

I’ve had a couple of creepy men try to come on to me in the past few years, saying inappropriate things, but other than those incidents I’ve been lucky enough to have avoided any such thing since I ‘woke up’ to my belief system. Maybe wearing a wedding band for all those years was also big boundary. I don’t know. 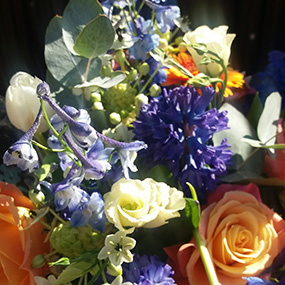 I’ll spare you a lifetime of incidents that I do remember. You’d be reading for hours! My point is this: my life showed me what I came to know as true; that all men were bastards.

But I’m fifty years of age now, and I also know this to be true: there are some damn fine men in this world. Men who are good, kind, honest, sincere, wonderful, and deserve to be celebrated. Such examples are:

. One of my closest friends who helped me through one of the darkest times in my life, and once again proved to me that men are capable of integrity, kindness, compassion and a listening ear

. The father of my children, and husband, who walked by my side for twenty three years, and continues (despite our recent separation), to be a source of honesty, kindness and solidity

. Husbands of my female friends

. Men I’ve met over the years when I was publishing The Mother magazine

And of course there are men I’ll never meet that I know to be filled with integrity. 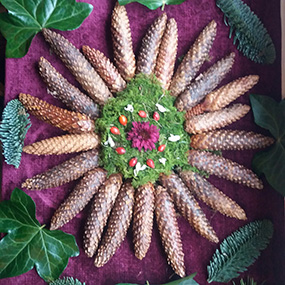 The world is FILLED with wonderful men. Men who make a difference. Men who love openheartedly. Men who are kind. Men who feel ill at the thought of those other men who smear the reputation of their gender.

Of all the things I was so sure of doing ‘right’ when I became a parent ~ a job I wanted to do as consciously and open-heartedly as possible ~ was to protect my daughters from sexual abuse (well, any abuse). I knew with 100% certainty that it would NEVER happen at the hands of their father. I had absolute faith in this, and never felt unsafe leaving them alone with him. I also, by then, had a bloody good radar for ‘men’ and could pick out a ‘violator’ a mile away. I remember feeling distinctly ill seeing a picture of Jimmy Saville long before his revelations came out. 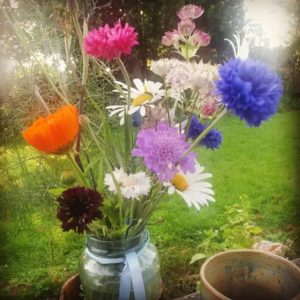 The one and only time my girls ever had a babysitter was when I left them for a few hours with my best friend, Pam. As a homeschooling mother, they were always under my protective wing. When they both became adults, I naively prided myself on the fact that our daughters made it through childhood free of the guilt, shame and destruction of sexual abuse. Job bloody well done! Go me! Of all the things I may not have done well in parenting, this was one where I scored top marks. Or, so I thought.

Despite the few ‘dodgy’ (to put it kindly) men in my bloodline (aggh), I felt that the pattern of abuse had been cut. My husband, too, had experienced abuse, so this felt like two family lines had been healed.

But what I hadn’t counted on was that when there is such torment it can take more than one generation to heal. Wounds run so deep at a cellular level. 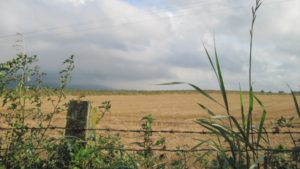 I lay awake questioning every aspect of my parenting. But why the hell am I taking on this cloak of guilt because my beautiful, authentic daughters were highly attractive, energetically, to narcissistic types?

What could I have done differently? I don’t have the answers. All I can do, right now, is remind them that there ARE good men in the world. There have always been good men in the world. And that when we see such men, we tell them. We tell them every damn day. We remind them of their worth. We light their path with words of praise. And we let them know it is safe to keep shining their beautiful light. We don’t drag them down. We don’t herd them up with those other men. 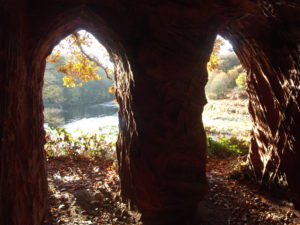 The world sure needs more good men, but this won’t happen when we keep saying they’re all bastards. Yeah, let’s slam the patriarchy, for sure, but let’s be clear about what we’re trying to create. Is a matriarchal culture the answer? No, what we’re wanting, collectively, is to feel a balance. A Dance of the Divine Lovers. A wholesome blending of feminine and masculine energies.

My best advice for my daughters (for any woman or man) is this: if a relationship of any description doesn’t make you feel good, DON’T STAY IN IT. Don’t make excuses. Don’t justify. Don’t put someone else’s needs ahead of your own. And for godsake, don’t use that excuse of ‘staying for the children’. Because what the hell does that teach? That we don’t value ourselves? That a shit relationship is better than no relationship? Children energetically feel EVERYTHING in our relationships. They aren’t nourished by parents who stay together when they want to be apart or that destroy each other every day in little and large ways. 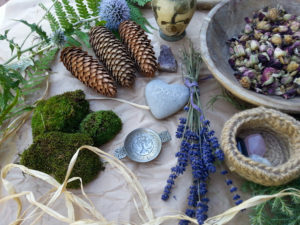 This one precious life is short. Way too short. It’s gone in a flash. Savour it. Love it. Love yourself enough to say ‘no’ to people who hurt you.

Bonnie Tyler sings: “Late at night I toss and turn, and I dream of what I need. I need a hero. I’m holding out for a hero ‘til the end of the night. He’s gotta be strong.”

NOOOOO. Be your own hero. Know your boundaries. Know who you are. Celebrate every part of yourself. The right person will love your bumps and bruises and honour you, and not put you down. Not pat you on the head and diminish your intellect, emotions, sexuality, body, morals, beauty or any other thing. He will raise you up. But first, sisters, we have to raise ourselves. No one else can do this job for us. We have to do it, and we have to do it daily.

Make it a daily practice to bring more beauty into your life. Why? Because when beauty is around us, we’re quick to identify anything that’s ugly. Ugly energy won’t stand a chance of coming into our orbit for long. We’ll not tolerate its vibration. This is one of the reasons I constantly surround myself with flowers. They align me to what ‘feels good and beautiful and true’. Flowers are ALWAYS authentic.

When our boundaries are strong and high, we know then that only the most sincere, kind, honest, thoughtful people will cross that threshold (male or female), for they will be the only ones worthy enough to walk that sacred path to our heart, mind and body. Only then.